You are here: Home / Cristiano Ronaldo 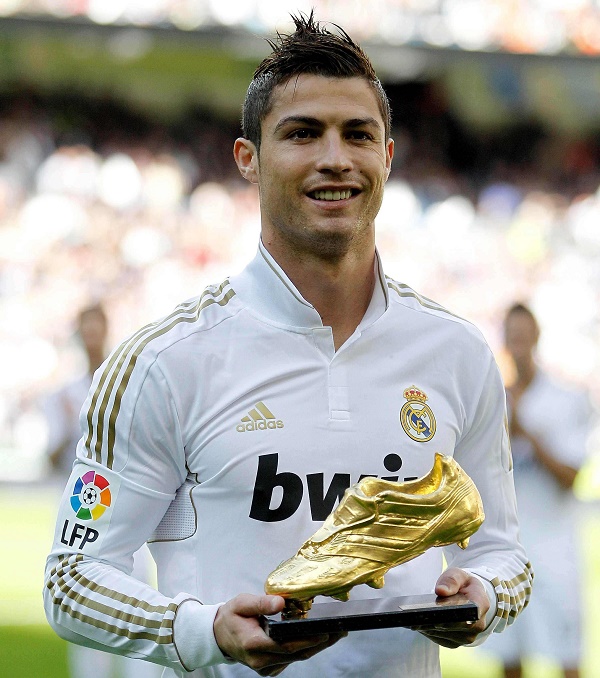 Born Cristiano Ronaldo dos Santos Aveiro on February 5, 1985, in Funchal, Madeira, Portugal, a small island off the western coast of the country, Ronaldo is the youngest of four children born to Maria Dolores dos Santos and Jose Dinis Aveiro. He was named after Ronald Reagan, a favorite actor of his father’s. Ronaldo grew up in a largely working class neighborhood, his home a small tin roofed shack that overlooked the ocean. His early life was shaped by hardship; his father, a gardener, often drank too much, and eventually died from kidney problems in 2005. To help keep the children fed, and maintain some financial stability, Ronaldo’s mother worked as a cook and cleaning person.

While some kids chose to tease Cristiano about his accent, no one was teasing him about his soccer skills. His dazzling footwork and goal-scoring abilities made him a teenage super-star. He played his first game for Sporting Lisbon in the Portuguese Super League when he was 17 and quickly became known as one of the most exciting young soccer players in the world. Ronaldo, however, did not disappoint. He showed his promise early on in the 2004 FA Cup final, scoring the team’s first three goals and helping them capture the championship. In 2008, a year after signing a five-year, £31 million contract, Ronaldo again justified the high tab when he put together one of the club’s finest seasons in history, setting a franchise record for goals scored (42), and earning himself the FIFA World of the Year honor. In all, Ronaldo helped steer Manchester United to three premier league titles.