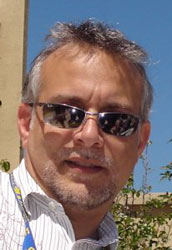 Cooper’s interest in music began at an early age, and he continued to pursue his love for music by attending Arizona State University under a scholarship and majored in Business Management and Theater and later earned his BBA with an emphasis in Music Industry from Belmont University. His first job in the music industry was for Bobby Goldsboro’s House of Gold Music and Eddie Rabbits Briarpatch/DebDave Music in Nashville. Working for these artist-oriented independent publishing companies served as the foundation for his burgeoning career in the Music Industry. Cooper then worked as the Creative Director for Lenono Music (publishing company for John Lennon and Yoko Ono). After working for Lenono Music, cooper moved on to Los Angeles to assume the position of Managing Director of Lippman Kahane Entertainment. While with Lippman and Kahane, Cooper worked with artists including George Michael, Melissa Manchester, Megadeth, and producers Ron Nevison (Heart), Mike Clink (Guns and Roses’) and Scott Litt (REM). Cooper also helped to establish two major co-ventures with LKE including EMI Music and Warner Chappell Music. Through his work at LKE, Cooper started down his path into the film and soundtrack world and began working for Jobete Music out of Motown as Director of Film/TV Music. While working for Jobete Music, Cooper also produced and wrote songs for films Queens Logic  and Mikey and for network TV Themes Major Dad, Glory Days  and Sister Kate.  After working for LKE, Cooper moved to Nashville to focus on publishing for songwriters in a co-venture with Hallmark Direction company. After working in Nashville,Cooper once more relocated to the west coast to pursue his own Music Consulting Firm working as a strategic planner for companies including eMusic.com, ARTISTdirect.com, Cala Records, Jim Croce Catalogue, Rick Wakeman and producer Narada Michael Walden.

Mason Cooper and Songrunner Entertainment have worked with production companies including Ten/Four Pictures, Vitamin A Films, Mythic Films and Sunset Pictures. Cooper and Songrunner entertainment also have worked on projects such as “All In”, “The Nail” & “Stiletto” on Showtime, CMT Diary on MTV, “Deal” with MGM/7 Arts, “The Prince and the Pauper” for Sony Pictures,  and Sunset Pictures’ “The Bronx Bull”. Cooper’s Latest venture is Music Supervisor for “Jobs” the 2013 story of Steve Jobs’ (Played by Ashton Kutcher) ascension from college dropout into one of the most revered creative entrepreneurs of the 20th Century, directed by Joshua Michael Stern.